On Wednesday, modest fashion will have an opportunity to make its mark on the catwalks of Paris Fashion Week, as part of the International Fashion Summit. Still revelling in the success of its partnership with Torino Fashion Week in July, the Islamic Fashion and Design Council (IFDC) has headed to Europe yet again, with some of its modest-wear designers in tow.

“In Torino we made history by signing with a mainstream fashion week so that they could officially recognise a modest fashion category,” says Alia Khan, chairwoman of the IFDC, which is headquartered in Dubai. A jury made up of industry professionals, including a representative from LVMH, selected and awarded the top modest-wear designers in Torino, and one of the prizes was the opportunity to take part in this week’s event in Paris.

“Basically, [Kerdoun’s] vision is to recognise wonderful fashion talent from other countries and for Paris to look towards and learn from this talent,” says the IFDC chairwoman.

This season marks the second edition of the International Fashion Summit, which will close Paris Fashion Week. The invitation-only event will host ambassadors and dignitaries, along with seasoned fashion designers and industry experts. The 14 international fashion designers set to showcase at the International Fashion Summit this week include eight IFDC award-winners from Torino Fashion Week. UAE-based Bambah, Pakistan-based Natasha Kamal, Indonesia-based Dian Pelangi and California-based Al Nisa are among those who will be heading to the French capital to exhibit their latest designs.

In Torino, Bambah showcased its first ever Bambah Modest collection. Launched by Dubai resident Maha Abdul Rasheed, the label is best known for its use of feminine colour palettes, 1950s silhouettes, floral prints and oversized bows. Three years after opening a vintage fashion store, Bambah, in Jumeirah, Abdul Rasheed debuted her own clothing line under the same name in 2014, and during Ramadan this year, unveiled the latest division of the brand, Bambah Modest. 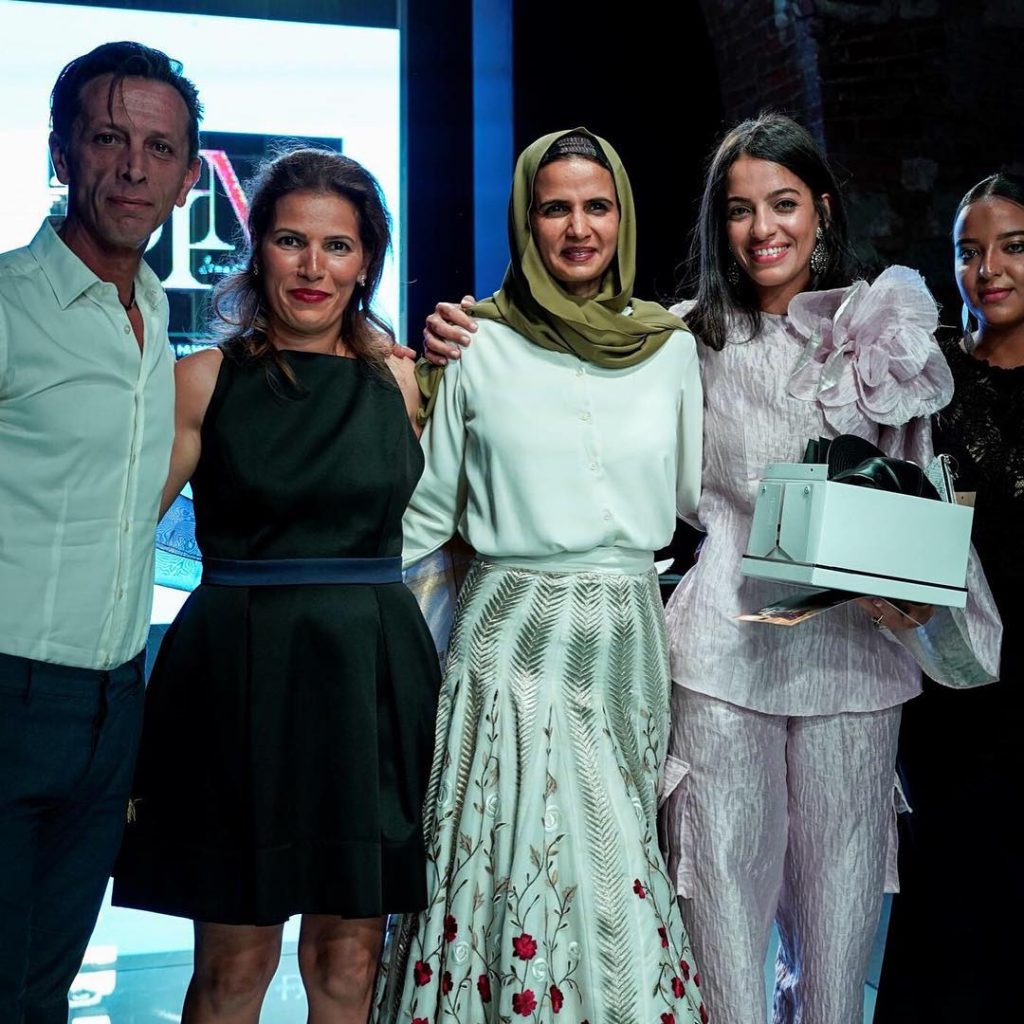 “The concept of modest clothing is very dear to my heart as my own mother is veiled and is always on the hunt for stylish and modest pieces that express her own unique individuality,” Abdul Rasheed says.

Although modest wear may be enjoying its moment in the fashion limelight, Abdul Rasheed’s decision to debut a more covered collection wasn’t a response to current fashion trends, but instead a natural step in the diversification of her label, she says.

“Modest clothing has been on our radar for a long while. Being situated in the heart of the Middle East and having the pleasure of catering to the modern Arab woman, we get a lot of demand for modest clothing in our store, so we really wanted to cater to this audience and extend our offering to show the world how elegant modest clothing can be,” says Abdul Rasheed.